“The island’s Dena’ina name is Nutuł’iy, or “object that stands in the water.”

Captain James Cook and his two ships, the Resolution and the Discovery, sailed into Tikahtnu, which was later dubbed “Cook Inlet.” Cook sent some of his men to explore an island near what is today the city of Anchorage. They built a fire there, and ate. Because the fire served as a beacon to Cook, he called the island “Fire Island (http://www.denainalifeways.org/?q=node/6).”

According to a Dena’ina elder a village had once existed in Fire Island, but an epidemic forced the survivors to move south to Point Possession, across the Turnagain Arm, sometime before 1934. Nonetheless, Fire Island was the site of Dena’ina fish camps from 1918 until the 1970s. From 1909 to 1955, the island was designated as a breeding ground for Alaska moose. During World War II, the U.S. Army used it as an observation point to guard against Japanese submarines (http://en.wikipedia.org/wiki/Fire_Island_(Anchorage,_Alaska)).

Fire Island Air Force Station was opened in 1951 and was constructed to provide the US Air Force early warnings of attacks on Alaska. Staffed by 200 personnel, the base was an air defense radar center and the site for the North American Aerospace Defense Command (NORAD).

The US government built 33 structures and 1 airstrip which provided a means getting supplies to the island.

Did you know? When the Good Friday earthquake struck in 1964, the airfield subsided into the water. The airstrip lowered enough that it went underwater during high tides, this left helicopters as the primary way of reaching the island.

Men of the 626th AC&W squadron who had been assigned to Fire Island had very little to occupy their time. With little access to Anchorage, they kept themselves busy by building the Breakneck Hill ski area.

In 1969, the Joint Chiefs of Staff directed a reduction in air defense forces. As a result, the Fire Island NORAD control center was deactivated and transferred to the FAA. The base facilities were torn down and removed in the 1990’s and today, very little remains of the former Air Force station.

By 1971, when ANCSA (Alaska Native Claims Settlement Act) was passed, there was not enough suitable land available for CIRI to meet its entitlement of approximately 1.25 million acres of surface estate and 2.25 million acres of subsurface estate within the region. CIRI leaders set out to claim land that would bring benefits to their shareholders for generations.
It involved a hard won, complex three-way land exchange involving CIRI, the state of Alaska and the federal government. The Cook Inlet Land Exchange was one of the most extensive land transactions in U.S. history.

CIRI was able to creatively select beneficial lands in the region and won the right to bid on property on federal lands and bid on parcels in other parts of the US.” 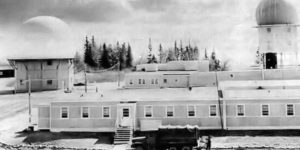 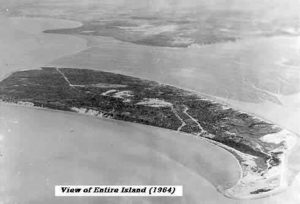 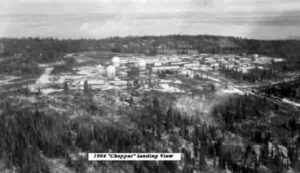 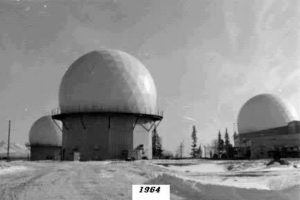